A conversation between Rell and Gavin the morning after the fight with the gnome and his band of orcs. 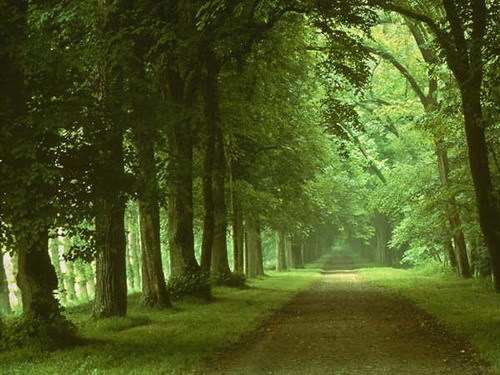 Gavin had been riding his horse with a pensive look on his face. The events of the previous night weighed heavily on his mind. Rell, seeing his torment, felt it necessary to speak, even though he personally was beginning to feel as though Gavin was trying to destroy the group they had both been sent to.

“What bothers you this morning, Gavin?”

Gavin started, as if he wasn’t even aware of anyone around him. “If someone is guilty, my god would probably say they need to fall on their sword or be killed,” Gavin said.

“Of course Ra would" Rell replied.

“Sure, I understand that, Gavin, and I know that you feel this is the correct path that your god wishes you to travel.”

“I feel I am disobeying my god’s laws, Rell, when I let people go without some sort of judgement.”

“I understand that you feel this way.” Rell paused for a moment, gathering his thoughts. “Ra is a very demanding god, one that I know I couldn’t follow. You are brave to walk his path.”

Rell again paused, letting the road travel for a minute or two under the wheels of the wagon. He looked over at the young man who was trying to find his way, without guidance, on the path of a very strict god. "Gavin, I understand your need for justice, but could it be in this case that same need for justice is tearing CrIsis apart? Ra sent you to the group. He is a god of Justice, but sometimes there are things that are greater than justice. Collecting the parts of Osiris is one of those things."

“But how is this detouring us from that mission, Rell? We already took the pirates in for justice. We could do the same here.”

“It is causing dissension. Dissension will lead to internal conflict. That conflict could lead to the complete loss of our group’s cohesion.”

“Don’t you think you’re being a little overly simplistic here? I know you’re trying to be compassionate, but being compassionate means understanding of other cultures and viewpoints as well.”

“I understand your culture, Gavin. I respect your views, and even feel that this land might have been better served were justice adhered to.”

“I’m not killing anyone and they know full well the risks of the land, especially when they rob and murder people.”

‘Here is the problem. We are no longer of the Timiro Kingdom or the Eastern Territories. We are literally sent of the gods. Our priest, a follower of Osiris, no longer prays to his god. He prays to the patron of our path.’

“Because his god is dead.”

Rell took a deep breath to buy himself time, “What can I give you? What can I, personally, offer in order to gain your full cooperation with the cohesion of the group? Do you want my oath of fealty to serve you after this task is done?”

“We’re letting murderers go free, Rell. I want to protect the people of my homeland, and by letting them leave with they ability to harm others intact, we are participating in the direct harm of all of their future victims.”

“We are resurrecting a god, Gavin. That is saving thousands if not millions of people in future generations. That has to count for something.”

Gavin began to get a little heated at this point and raised his voice, “You’re missing the point entirely, Rell! If someone attacks us it is an immediate problem. It is in no way interfering with the time restraints of the rebuilding process carrying them back to town.”

“I see the point, General”

Gavin looked around a little worried, hoping that their new companion, Roger, had not heard the name that Rell called him. “Please, Rell, that is not a name that should be passed around.”

“Would you prefer ‘young master’ more?”

Gavin made a face, and then grudgingly said, “I guess.”

Gavin stopped a moment, trying to find the thread of his earlier thought. He looked out at the horizon, as if seeing the possible futures that they’d let slip away from them the previous night. “Removing their weapons would have been acceptable, but still not the best.”

“Removing their weapons is a death sentence. You’ve seen the beings we ourselves have faced.”

“They knew that risk going into the business of murdering innocents!”

“I too feel that compassion was murdered when we set them free. Compassion for the victim outweighs compassion for the criminal. But we are a group, and we must let the group choice rule or we must go our separate ways now before we cause more harm than good.”

“Then we should find a common ground because this is hardly a compromise.”

“Group rule is never a compromise, and is a compromise anything more than the death of justice anyway?”

“Reparations and atonement must be made.”

“I agree, but our companions do not. We are two, young Gavin. They are four. We got justice with the Pirates. This time, however, we do not get justice for the bandits. We freed the slaves…”

“Well I did at least,” Gavin interjected, a smirk on his face, “next town is on you.”

“Fine. Next town I buy the slaves to free them. But next time, let’s get well out of town before we let them go.”

“Next time we need to make sure they are chained,” he got thoughtful for a moment and then continued, “I do tend to hold more sway over people in this area , slave wise that is. I guess that makes me feel a little more like I should be in charge of certain things.”

“True, young Gavin. So, can you at least consider working with the rest of the group?”

“I shall, but if for some reason they are captured and a bit more battered it was only an accident as they put up a great fight.”

Rell chuckles at this, not unkindly, “I will not fault your actions in battle, Young Master.”

Posted by Rell with the consent and assistance of Gavin on the 17th day of Majestic in the year variously called the 340th year of the Dominion or the 8th year of King Gedro.

Ahh, so you 2 have stopped your bickering? That you did not get along came through loud & clear before.

Haha Nah Gavin actually just ignores stuff he doesn’t like to hear. Saying the two get along is true but they definitely don’t agree by any means. Gavin is however making a furry friend. Stay tuned for the next post to find out where the new alliances lie.

Dissent is not un-healthy, but un-resolved dissent can fester and mutate into anger and strife.