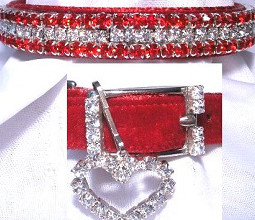 The trek to Sweet Creek was fuckin’ painful. Without my faithful steed I was forced to walk at his litter’s side; well I was forced to sit astride my ten-foot tall invisible elemental essence fragment who will, from this day forth, be known as Transparent (“Tranny” for short). The broken body of my charger squirmed pitifully under leather restraints and a makeshift wooden stretcher board. I had refrained from calling it “litter” to the Bismarck’s face. Now more than ever he was down in the “dumps” and he’d never taken a wife. The doctors said it was for his own good or his body might heal crooked. I told them it already was but a Full Bernardine Body Cast wasn’t on the table. Bennu’s vessel had taken a beating but the Spirit of the Phoenix could not die. The Bismarck whined in constant, mewling agony. His Bennu-blessed bravery knew no bounds. Neither was the bravery of the Bellode.

“I miss Oric,” I sighed plaintively atop my invisible gait and perch. Otto coughed into the litter. “I know you do too. A phantom’s no replacement for the watchful gaze of the goddess.” I rode Tranny with a slumped, dejected posture, forced to feel every bump and lurch in his locomotive gait. ‘’Otto, do you ever wonder how the Agent was able to find us?’’ His Bennuficent reply was a yowl of tyrannical protest.

“Tsk,” I chided. ’’You’ll think twice about taking on an Alu next time, won’t you?‘’ The poor creature panted and slavered over a frothing jowl. ’’Was it a Shedim? Regardless, you received a gift from the gods for, how did they put it?‘’ I paused thoughtfully for a pregnant moment. “Ah yes!” and I continued with “air” quotes," ’your unflinching cowardice and perfidious calumny in the face of danger’ which casts sort of a different light on your actions. I guess doing the work of the gods is always open to interpretation." I produced the collar that had been gifted to the poor dog by Thoth himself and waved it over his restrained body. “See?” I kind of liked the rhinestones.

And that gave me pause. Interpretations could be invaluable — especially ones that clued in on how the Agent managed to pin us down and abduct Oric. Perhaps I should enlist the aid of another animal — one of the feline persuasion this time. A little cat who could disdain me, ignore its duty, and utterly disregard the quest for glory. That was what I needed! And maybe…just maybe…I could teach it to sniff out scrying tools and magical tracking devices and other furtive affairs. I didn’t lend any credence to the notion that I’d embrace the worship of Bast but the prospect of another pet gave me comfort…and that was priceless these days.

I let loose with a Wind Rush on adrenaline and instinct. Trees bowed and branches wavered in the wind as if being shaken by an invisible giant. I scanned the forest line warily with squinty eyes and a cautious panoramic. Someone was out there. These days we couldn’t be too careful. The Pantheon of Darkness lurked around every corner. The Deevils lay in wait inside every shadow. The Enemy could be anywhere and he’d attack us again when we least expected it. I had to be on my guard. Otto looked up at me with an arched brow of incredulity. “Roll your eyes a little louder, my goddess, and I shall hear the melodious voice of fire.”

My perch atop an air elemental essence fragment afforded me a preemptive view but the tradeoff was less than comfortable. Riding Tranny was painful. His motions were erratic and jerky and each footfall felt like a silent cymbal of treaded torture. My little legs dangled on either side of his lofty neck but still I pined for purchase astride Otto. “We are all making sacrifices,” I intoned solemnly to the St. Bernard. His healing was painfully slow and I had promised not to take another mount in his temporary absence. We compromised with the use of my faithful Phantom, Tranny, but my groin was in a constant state of despair. Chafe and rash and windburn were more than mere platitudes despite pneumatic shocks, air-hydraulics, and air brakes.

What in the Winds was that?!?!

Lightning arced from the Fulmination of Greminor out into the tree line until it crashed into a giant bole and sizzled bark with a crackle.

‘’Tyvernos, I know you’ve been through a lot lately but you can’t go lighting up the forest every time the baby cries.’’ Morgan practically cooed as she leaned out of the covered wagon. Apparently she had heard the Greminator, subtle though it was.

“Been through a lot?” I echoed. Who the fuck did she think she was talking to?

“C’mon, Ty, you’re jumping at shadows and toddler shrieks,” she persuaded from her promontory in the wagon.

“Ah, with all due respect my lady. The Agent has spies everywhere. My jumpiness keeps his minions from your baby’s throat. Besides, how am I to know your child isn’t in league with the darkness? Have you see how it looks at me? It has the eyes of the Anubis I tell you!”

“You say such ridiculous things some times Gnome!” she chuffed. “Don’t think we’re not appreciative of your service. Just try to take a few deep breaths and relax while I’m nursing the baby.”

“Relax? Mrs. Mordox-Lutteur…relax? I beg your pardon but I am all that stands between the Pantheon of Darkness and your milk-filled breast. Come down here and help me keep watch and I’ll send Tranny inside to nurse the child.”

Evidently, the sight of a Gnome suspended 10ft in the air clutching the back of an invisible elemental essence fragment “head” didn’t even elicit a batted eyelash or a pause of acknowledgement. The young woman hushed me with dismissal and threw the tent flap closed. Insulated and safe, inside her own little world, the covered wagon allowed her to have such an illusion. But no, Tyvernos Oriflamme would NOT let his guard down — not while her safety and the devil-child’s rested squarely in his diminutive lap.

‘’Otto, what does Gavin see in her?’’ I drawled with a yawn. The sun’s last setting rays twinkled on the horizon and the smell of crisp, clean air tickled my olfactories. It wasn’t quite the sea-spray sea-foam of Seaholm but it certainly was a beautiful dusk.

Bennu winked back at me from the litter even as Otto groaned.

“I guess you’re right. I don’t know what SHE sees in HIM either. But you have to wonder what two people could possibly see if they are constantly at liberty to change their appearance. Outwardly, you could fall in love with a different costume every night. Right? I might as well marry Tranny. Invisible is just the same — different metaphor but the symbolism syllogism still applies. Doesn’t it? Otto? Are you even listening to me?” I sighed. Goddamn dog had drifted off to sleep.

I love you Sweet Creek.

Written by Tyvernos on…an unknown date, in the 69th year of the Wolfen Empire.

Awesome! But seriously, when does he return? I miss the gnome!

He must arrive in Sweet Creek, and then find where you are, and make his way there. Tyvernos has had a long journey with an ugly baby (I mean, really, look at that picture for Sadie Mordox), a broken dog, and a protective mother….
The Gods have decreed that he shall return for the game on the 12th of October….

lol, this is going to be er, interesting. Will be good fun to play along side of methinks.

I have a funny feeling I’ve got one more good log in me before I return. It’ll be interesting to see where the group is and how Tyvernos is able to bridge the gap. Teleporting from a pyramid might not be as easy as I had hoped.