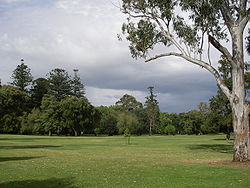 Finally! Someone finally talked some sense into the group. It took the threatening of frostbite and amputation, but we are finally going back to the boat for the rest of the journey. Thank goodness for Tyvernos and his long winded speech. Maybe at least this way I can get some sleep and not have to deal with demons popping up in my room. Not to mention the fact that some people love to shove mysterious magical devises in my face while I’m sleeping. I mean I love the guy, but come on dude, can’t I get some sleep in peace? At least Chip helped me out. I heard some others weren’t willing to, but I won’t name any names. Anyhow back to the matter at hand. I finally get to sleep in my own comfortable room. I never thought I’d be so happy to be on a boat. Its a big blue watery road. I’m so excited.

Little did I know that my excitement was just beginning. When we got back to Avramstown we were greated kindly by King Avramson again. That isn’t the best part. The best part was this was going to be our home for a vacation! I haven’t had a vacation since I was born. I can’t remember the last time myself or my family was able to fully relax without doing any sort of business. This is truly a rare treat for me. So for the first order of business, I asked what the most awesome place to go was. The response I got? The Park!

So the next morning I woke up with glee. I was super super super ready to go, but Karma made me eat all of my breakfast and make my bed and brush my teeth and it took forever! I mean, come on! All the other kids are gonna be gone by the time we get there. This is so stupid. She was just standing there saying, “You don’t want to get scurvy do you? Then drink your orange juice.” and other stuff like, “You don’t want the King to think you’re a slob do you? You should make your bed.” Nag, nag, nag, nag. Finally after what seemed like all day she said we could go to the park. It was super awesome. There were so many different kids there. There were humans, gnomes, wolfen, dwarves, and an elf or two. We all got together and decided to play tag. It was funny. The dwarves were really slow and couldn’t keep up with anyone so they were usually it. I was the fastest kid there. They were not able to even come close to catching me. It was awesome! Just when I thought it couldn’t get any more fun, some centaur soldiers shot at me from behind some trees. Finally a game that was a bit more challenging. Too bad though, because those first few arrows scared all the other kids and parents off. It just left my new playmate Karma and myself to deal with our new friends. I got shot a bunch of times, but the arrows didn’t hurt as bad as as others had. I looked like one of those dolls I saw that they shoved needles into back on one of the islands we visited a while back with Bishop Tutu. One weird thing was Karma picked me up and put me on her back only to kick me off less than a second later. She can be so indecisive, but I still like her. At least I do when she doesn’t make me do chores. Anyhow, our playmates left really fast after the fight. It made me sad, but at least we kept one to introduce to the king’s guards. They interrogated him pretty well, but I had to leave the room when they started being mean to him. I don’t like it when people are mean. There was even this fiery bird lady there. I think she was of Bennu and is called a phoenixi. I was still kind of mad about the mean people though. So I left.

When I came back they were done and it was dinner time. Boy, was I hungry! We were about to eat, when the king was asking us about our days. A bunch of people started talking, and then I think Cava started talking. I was getting upset because I was really hungry, but Karma whispered I had to wait till the king started eating before I could eat. So I did. Then Cava touches some amulet and disappears. Are you serious? This guy doesn’t learn. Everyone starts freaking out and starts praying immediately. So I followed suit. I may or may not have eaten some of my food in the prayer, but I think Ra understands, because I can’t focus when I’m hungry. After all, it was a pretty exciting day. So a bunch of people leave the room. Even the phoenixi was praying. I continued to pray, but Tyvernos started talking with his dog. It was kind of funny. It was like me talking with my monkey, but I don’t think he can talk with animals like I can. After he talked for a bit he said that Otto told him that Bennu told Otto that Cava was okay. So we sat there for a bit. I looked at the king and he looked back at us and said, “Well good enough for me.” and so we ate. I may be a bit fuzzy on that last part. It might have been me that said that. Ah how time can mess with ones memory. So we waited till Cava came back. He described all he had seen and the powers that the amulet holds. With that the king called for us to retire. As we were heading out he beckoned in some guests. Everyone got a friend to hang out with. Mine was special mine was just like me. We retired for an evening of fun and games throughout the palace. It was fun to imitate servants and mess with other people. Many jokes and laughs were had by us both. It felt good to be with someone that I could be myself around for once. She seemed to bring that thing that my parents had into my life. I finally found someone that I can trust entirely. We stayed up many nights talking and playing games throughout the next couple days. Then we had a serious talk and some agreements were made. We exchanged names as well. I don’t expect anyone else to understand. It is hard to show others what we have to go through. My time was short with her though and before I knew it the vacation was over. I have now made a new friend or something more in her as well as a friendship with Greminor. I will miss this town and all the joys it has brought me, but my heart lies in Timiro with my people.
Before I headed out I had a short, but emotional conversation with Cava. He entrusted to me two of his lightning arrows. I promised him that his walk through life would not be a walk he has to endure alone. I promise to help him through his trials.

We head out to sea. I sit alone in my cabin writing this, except for my monkey friend, when I feel something. A slight movement.

Posted by Gavin on the 3rd day of Kym-nark-mar in the 8th Year of King Gedro.

Image from the Adelaide Botanic Park.

I strongly suggest never returning to the boat until someone looses a foot, finger, or nose to the frostbite!!!

Sorry Stephen- they voted 7-1 to return to the sea.

I wonder who the 1 that voted no to sea was- not…. Nice to see the real Gavin back, having fun, making biting remarks- I also like the image of Gavin as voodoo doll!

Haha Ya it was like a mix between that and Boromir.

The group could not understand the phrase “Winter is coming.”