We Are Not Going To Survive 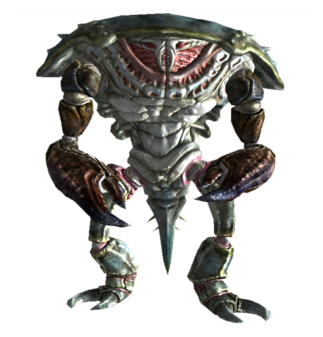 I do not know what it is but we worked on our beef that we had with each other. I thought that it worked. There are a lot of secrets that were stumbling blocks and were building into a wall and keeping us from trusting each other. We did some drinking and answered questions (honestly). When it came my turn they of course had to bring in Mary to insure that I was on the up and up with my agreement. I am just glad that they didn’t ask Mary about the dowry. That is supposed to be my secret to her. Should the secrets of the meeting become public I wish to say that some things about our group (CrIsis) should never go to paper.

I thought that we were going to work together. When the ship was attacked by crab men called Kappa, I thought that the heart to heart was going to kick in and we were going to be a team or pack as the Wolfen call it. I remember the Wolfen and their pack mentality, they are ferocious and awesome but alas the pack mentality hasn’t kicked in and my word to never give up or surrender hadn’t either. When they got the jump on us I had a crossbow but switched to my swords when they got too close. Unfortunately the heat was not on our side and the heat was making me sick. I couldn’t fight at full strength.

They got us good and before I knew it Mary surrendered. I know that we both were bleeding badly. She gave up when she and I were bleeding so bad that our wounds were soaking our clothes and it looked like they were going to end us both. She saw my disappointment when she dropped her choice weapon and I could not do anything but surrender myself to save Mary. Curse my hide. We were just lucky to have Chip. He crushed those creatures so quickly that they surrendered. I have to admit that I was embarrassed.

The rest of the team didn’t fare very well either as Rell took it quite a bit too. The balance that we wanted the night before still wasn’t there. I think that it is growing pains. If my wounds were not so severe I would think more about it.

Our team found out that we had parked out ship right on sacred ground. After talks (they speak faerie; go figure) they agreed to go back to their underwater lair and let us go. Some of them retired back to the water and we headed to our destination. They also promised to lead us (a condition of their surrender); they also gave us some fish (nice because we were a bit low).

Posted by Overkill on the 10th of Corg, in the 22nd year of King Bafag.

Keep your head up, short stuff! You have been resurrected/reborn now, so things are looking up!

The Prayer Back on my Feet Again

Gavin Comes Out Crab is back on the menu boys!

The Day that Rell Awoke "His memories will be born through pain, and in pain will his memories die."