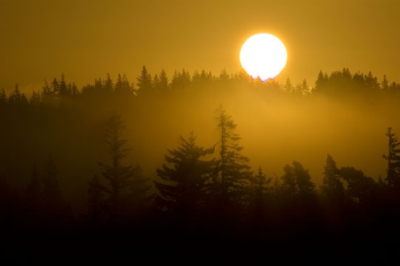 Dated this 20th day of Majestic in the 340th year of the dominion:
I awoke this morning as if from a dream. where yesterday had been only thoughts of Chip, today my head is clear. I blush at the thought of my behavior of the past couple of days, and my inability to focus on my job. I caused distress to my horses as I failed to take proper care of them, and in all, I simply made a fool of myself.

Is this what others go through with infatuation?

Again I am confusing myself. I am a man. Why not ask for what that blasted pirate of a dwarf has. I want to hate him, I really do, but then I watch the way he treats Mary. As an equal, not a slave. I never would have thought it possible, but he is not the dwarf I took him for. I know that Chip wouldn’t have treated a sex slave half as well.

I rub the spot on my left breast as I write this. It is only a scarred patch now, but it is where my own slave tattoo used to reside. A small heart over my real one. Someone had thought it pretty to have on such a young child as I was. Now I can not look upon that symbol without revulsion.

I knew last night that I would have to talk to Father Morgan today about the curse that he tried so vainly to tell us about. There is something along the Kobold Road that is killing people. Taking them completely and leaving nothing behind.

We have already faced some great challenges, but this could be greater than we can handle. Something that Father Morgan mentioned, a druid and friend of the fairies, might be able to lead us along another route to the fortress of Rhaznor.

We wandered around the town, looking for clues into the whereabouts of this druid, and also seeking out a dress shop, although this last I failed to disclose to my companions. I found a brownie named Sal who told me where to go, and also showed me where the king of the fairies was located on Cava’s map. Or more specifically the map that Cava had. It was the same mark as Cava had just gotten from a couple of rangers.

While we were talking, the man-child wandered off, and we were forced to go look for him. I blame him for wasting the rest of the day and preventing me from continuing to look for a suitable dress.

Suitable for what I have no idea, but I’d simply like to own another dress, since my last one was torn by bandits.

Chip had a few words for us after we’d all gathered at the wagon, and I mostly felt it to be a waste of our time, as we have been getting along as a unit a lot better over the past couple of days, but I guess that is what is required for the man to actually realize what the rest of us already know.

Dated this 22st day of Majestic in the 340th year of the dominion:
The fairies have had their fun with us, and mostly with Overkill. He had his weapon stolen by fairies, and by me. He was made into a mockery of himself, a muscle bound freak barely able to move under his own power.

Others lost their beauty. As far as I can tell I had nothing happen to me. I begin to be wary of the group, unsure as to whether we are ready for what we are getting into. They are all so ready to rush into the unknown, and I wonder if that isn’t something that is against the wishes of the gods. They provide all of this information to us, and yet we make use of hardly any of it. We were ready to rush down the Kobold road only a couple of days ago. It was cursed so of course we didn’t, but our attitudes toward our quest seem to be more of the same. Are we really the ones most suited to this?

I am embarrassed at myself as I actually hid behind Chip. Am I that much of a weakling now that I expect others to fight for me? I have to get over this sense of dread that is imbuing my every action.

I mistakenly called the druid Salazar, which the fairies thought was hilarious. Why are they having a laugh at my expense? I was raised by their kind, after all. They treated my as if I were less than the rest of the members of my party.

I feel lost, more than I ever have in my life, and Apis refuses to answer my prayers.

The bright spot of the last two days was a friendly race to get some watercress for a beautiful merrow named Shila. I brought all my tricks to bear, but I failed to win. Even when I fell on my face in the grass it was a pleasant enough diversion. I never went to the top of the hill, but I heard the voice of the beast that Cava and Greldarr fought. It was horrific and I can’t believe that it was a dragon as they said.

The merrow rewarded us for our ascertainment of her by leading us into the back entrance of Rhaznor’s fortress.

It is a musty warren of a Kobold habitat that has only partially been converted by these fearsome orcs and ogres. We dispatched a couple of them before we found our way to a wash room. The orcs in there were more afraid of us than we were of them and immediately joined forces with us. Not before they sounded the alarm, however, and called some greater orcs down on top of us. Lion snagged in my grip as I let it fly and it passed Gavin’s head close enough that it would have split a piece of parchment were one to be attached there. I saw a number of hairs float down to the floor after it passed. The force of the throw was enough that the blade was half buried in the wooden door frame.

We gather ourselves now, preparing to move toward the final battle with Rhaznor.

Image by Greg and Rhonda Ostertag.

How Rell conquered And here we thought this was going to be hard.