S’Erith is a prime example of an Eandroth Adult, which is to say he has muscles on his muscles. He usually wears his white dress robes with the flail and crook symbol of his god, Osiris, on his left breast.

The main distinguishing features of S’Erith are the purple stripes that runs diagonally from his either side of his nose past the outside corner of either eye and up to his scalp. It set him apart even as an adolescent making him a very attractive mate.

His skin is a pebbled red-brown over all, although much of it is always covered by his attire.

While he knows how to use weapons, he finds that he is best served by using his hands when diplomacy fails.

Picture from Syreene. Full size picture can be found here.

1. Inner Fire:
Cost: 15 PPE
Duration: 5 minutes/level
Restriction: Wearing no armor
Natural Armor Rating of 14.
Parry while unarmed.
+70 SDC (35 +5 per level), any damage done to the Monk comes from this bonus SDC first
+2D6 to P.S. and his Strength becomes Supernatural.
Only effective with a single weapon.

2. Eternal Clarity:
Cost: 10 PPE
Duration 5 minutes/level
Restrictions: Can’t use with Inner Fire
See invisible beings
See things with high stores of P.P.E.
+7 to save vs magic, psionics, and poisons on top of any P.E. and M.E. bonuses
Base psychic save becomes a 12
Monk takes half damage from all sources of magic and psionics, including magic weapons.

An Eandroth, as I am, begins life completely ruled by their hormones. For the first five years of my life, I grew quickly. It was an idyllic time, my childhood, filled with play and learning. On my six birthday something changed in me.

I felt the drive within me build as the sun rose into the sky. What had once been my compatriots and friends were now my rivals. I found myself driven to best them so that I might propagate my genes.

By the time I came back to myself I was a man and would never be the same again. I’d killed fourteen others in order to mate. Their blood still calls out to me.

Twice a year the drive took me, removing all control from me. It stole my reason leaving me nothing but a rutting animal. I hated myself. I hated the females who taunted me. Everything about this world was wrong to me.

The rage built inside me, following the biological imperatives of my race. Then, one day, I could not stand the sight of my fellows. All that could help me was eating, and I ate to drown out the hate that I felt toward the members of my tribe.

I put on muscle and height. It wasn’t long before I realized what had happened. I’d become a rogue. The hate I felt for what my own races had done to me, the emotion of it all, told me that I would need to leave if I didn’t plan on killing every one of my tribe.

The pain in my heart from the many I’d killed during my life weighed down upon me. I thought, briefly, of ending my life. It wasn’t serious, but it did make me think. I needed peace.

The exact path that my journey took was long and circuitous. I was half dead and delirious when I stumbled into Shandala.

It was years before they accepted me into training, and years more before I was ready to venture forth, but I had mastered the beast within, at least to a degree.
*
It still yearns to break forth and destroy…is that what you want to hear?

The more fool you.

Expectations are such that you will always be surprised when reality sets in. Reality has a nice way of destroying our expectations.

This was an erroneous thought.

I have since come to realize that it is not the expression of feelings that causes them to change but the control over those same feelings.

My Silonar, Ood, is capable of expressing his feelings. If I wish to be a simple beast, then I could be just like Ood. I choose to be other than a simple beast.

This is not to say that emotion does not have its place. Anger channeled in battle can lead you out the other side. It is not what emotions you have that is the problem, but which emotions rule you.
*
I found this journal upon my most recent return to Shandala. The leather cover was cracked and the print faded. It has been lying in an unused room for more than twenty years. As the youth was foolish, so was the adult.

I am still one who considers himself foolish. I look at the mayfly existences of those around me in this monastery and sigh. They only begin on the road to true wisdom and then they burn out.

It was my friend and fellow novice, now ancient by human terms, that really brought home how slow I was to mature.

He is a Master of our Art. Fifty three years old. In the thirty-eight years since we first donned the Gi he has become a man to be revered in the monastery, and I am still barely an apprentice.

I think it is time that I truly began to live. I go to pray in the temple of my god for guidance into what I should do next. 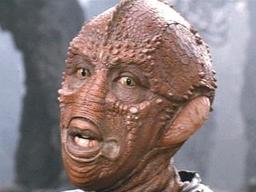